This article was originally published by wasterecyclingnews.com

And every time in the survey´s first five years, landfills come out as public enemy No. 1.

Landfills once again top the list of unwanted projects.

It´s a Who´s Who of unwelcome development – power plants, Wal-Marts, casinos and quarries all join landfills on the list.

But landfills, with a 76% opposition rate, consistently rank first.

“It is the most opposed land use in the United States,” said Patrick Fox, president of Saint Consulting, a land use consulting company that specializes in controversial projects. “It is difficult to come up with reasons to give abutters for why they should want to support a landfill.

“There are great cases you can make for what it´s going to look like in 20 or 30 years. It´s going to be a great park. There are great things we´re going to do with it. We´re really going to benefit and enhance the community. But during the period that it´s a landfill, it´s not helping your real estate values. The truck traffic isn´t helping. It´s a problem,” Fox said.

While more than three out of every four people surveyed say they are opposed to landfills, the number isn´t as high as what was posted during the first two years of the survey.

Will Flower, a spokesman for Republic Services Inc., figures he´s been directly involved in promoting 20 or so landfill projects over the course of his career.

“I´m not surprised the public opinion is that landfills are difficult to site, having spent a career working in the trenches trying to convince communities that there are benefits associated with landfills,” he said. “People need to understand that landfills serve as a vital component of the infrastructure of any municipality.”

Those most likely to oppose a landfill are those who have the most to lose by living near a disposal site, Fox said.

“All of that just comes down to the more affluent the community, the more opposition you are going to get. The more education, the more value in the home, the more they have to protect,” Fox said.

Interestingly, landfill opposition is most likely to occur in the Northeast.

Those most likely to support a landfill development rent their homes and have a lower household income, Fox said. “They have less to lose. They are concerned about jobs,” he said.

While landfills rank first again this year, casinos are not far behind with a 74% opposition rate in 2010. Comparatively, 72% of Americans were opposed to landfills last year and 77% were opposed to them in 2008.

Development opponents have become more vocal and sophisticated over the years and now have the ear of politicians.

The annual survey interviews 1,000 adults across the country to track attitudes about development and the politics of land use, according to Saint Consulting. 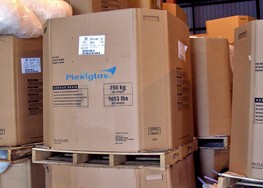 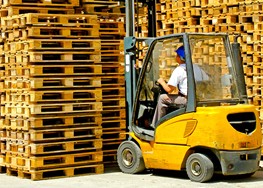